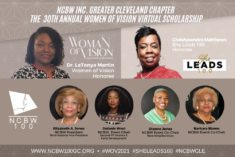 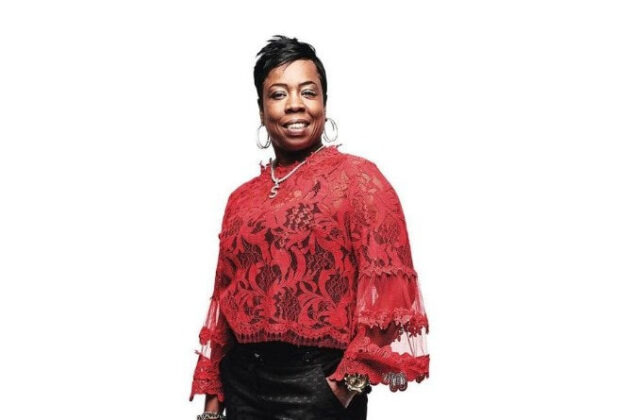 2021 SHE LEADS 100 HONOREE, CHRISHAWNDRA MATTHEWS FOUNDER AND DIRECTOR OF LITERACY IN THE H.O.O.D. (HELPING OUT OUR DISENFRANCHISED)

Chrishawndra Matthews Founder and Director of Literacy In The H.O.O.D. (Helping Out Our Disenfranchised) is the 2021 She Leads 100 Honoree. Literacy In The H.O.O.D is dedicated to helping build a culture of reading in Cleveland’s low-income neighborhoods. The organization takes a two-generation approach to promote literacy while distributing hundreds of books at schools and community events.

Dr. LaTonya Martin President, Cleveland Council of Black Nurses, Inc. (CCBN) will be honored as the 30th Women of Vision Scholarship Honoree. The Cleveland of Black Nurses, Inc was chartered as a chapter of the National Black Nurses Association in 1972 and was incorporated in 1981. Its members believe that the provision and enjoyment of optimal health is the birthright of every American.

The National Coalition of 100 Black Women (NCBW) was launched on October 24, 1981, with representatives from 14 states and the District of Columbia, and selected Jewell Jackson McCabe as its first national president. Its mission is to advocate on behalf of women of color through national and local actions and strategic alliances that promote the NCBW agenda on leadership development and gender equity in the areas of health, education, and economic empowerment. The rapidity by which the organization grew is attested to by the statistics of 1986: 47 chapters in 19 states. Today, the national movement has garnered thousands of members over the years throughout 61 chapters representing 28 states and the District of Columbia.